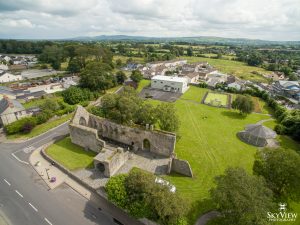 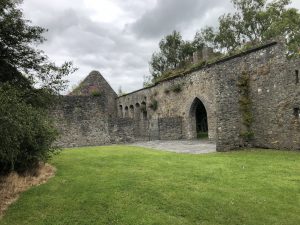 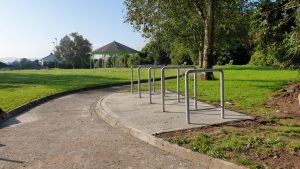 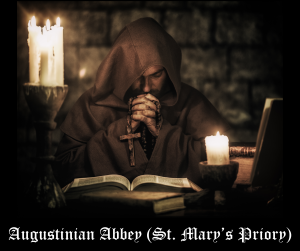 Set in the landscaped grounds of Rathkeale’s town park sit the ruins of St. Mary’s Priory. The priory was an Augustinian Abbey founded in 1210. However, according to historian O’Dowd, the original structure must have been destroyed as the current building dates from no later than the 16th Century. There is a vaulted chamber on the north side of the structure. The east facing chancel has a stone altar and a classic 4 light traceried window. Although its roof may be gone, and many of its historical details are lost in time, the Abbey is a beautiful, peaceful place. If you close your eyes and stand still, you can almost hear the prayerful chant of the early canons and feel a sense of peace and harmony with God and nature.

The Abbey was founded for the Augustinian Canons of the Order of Arosia by Gilbert Hervey in 1210. In 1280, it was endowed by his niece, Elinor Purcell, with the 10th loaf of every baking, the 10th flagon of every brewing, the 10th pork, the 10th mutton and a large portion of every ox killed in the Manor of Mayer (Croagh). In 1307, Elinor’s son, Hugh, was sued by the Prior for not fulfilling the grant made by his mother. The law-suit ended in a compromise – Hugh agreeing to give yearly to the Prior 2 crannogs of bread corn, 3 crannogs of oats on the Feast of St. Michael (September 29th) and 4 porks on the Feast of St. Martin (November 11th) forever. The crannogs and porks have not been in evidence in recent years!

In 1318 Thomas Purcell, Prior of the Abbey, was accused of violence at Croagh. The people of Rathkeale have maintained a long, strong devotion to the Blessed Virgin, and several miracles were attributed to her in 1436. In 1463 Pope Pius III addressed a letter to the prior of Rathkeale, containing instructions about conferring the Rectorship of Randbarad, diocese of Ardfert on David Fitzmaurice of the same diocese.

Like monasteries throughout Britain and Ireland, St. Mary’s fell victim to Henry VIII’s suppression of monasteries (1536-1541), although it is thought that canons remained in Rathkeale until approximately 1580. Around this time, after the Desmond Rebellion, in which the Abbey’s then-owner Gerald Balfe, died, it was granted to Sir Henry Wallup. The property is detailed in Peyton’s Survey of 1586.

In 1846, a hoard of coins and a thin gold band, believed to have had a connection to the Abbey, were found outside Rathkeale. The gold band dated from the 11th or 12th century and the coins were from the reign of Edward III (1327-1377).

In 1988 restoration work was undertaken by the Rathkeale Community Council and Fas.

The Abbey and surrounding park grounds are open to the public and entry is free of charge. There are public lavatories nearby.

Click to open and print this fun A4 size activity sheet about the Abbey.